Here at Daikin Applied UK, we have an extensive and dedicated team. From concept through to design and delivery our employees are at the heart of the organisation. Here's a snapshot of our commercial team. 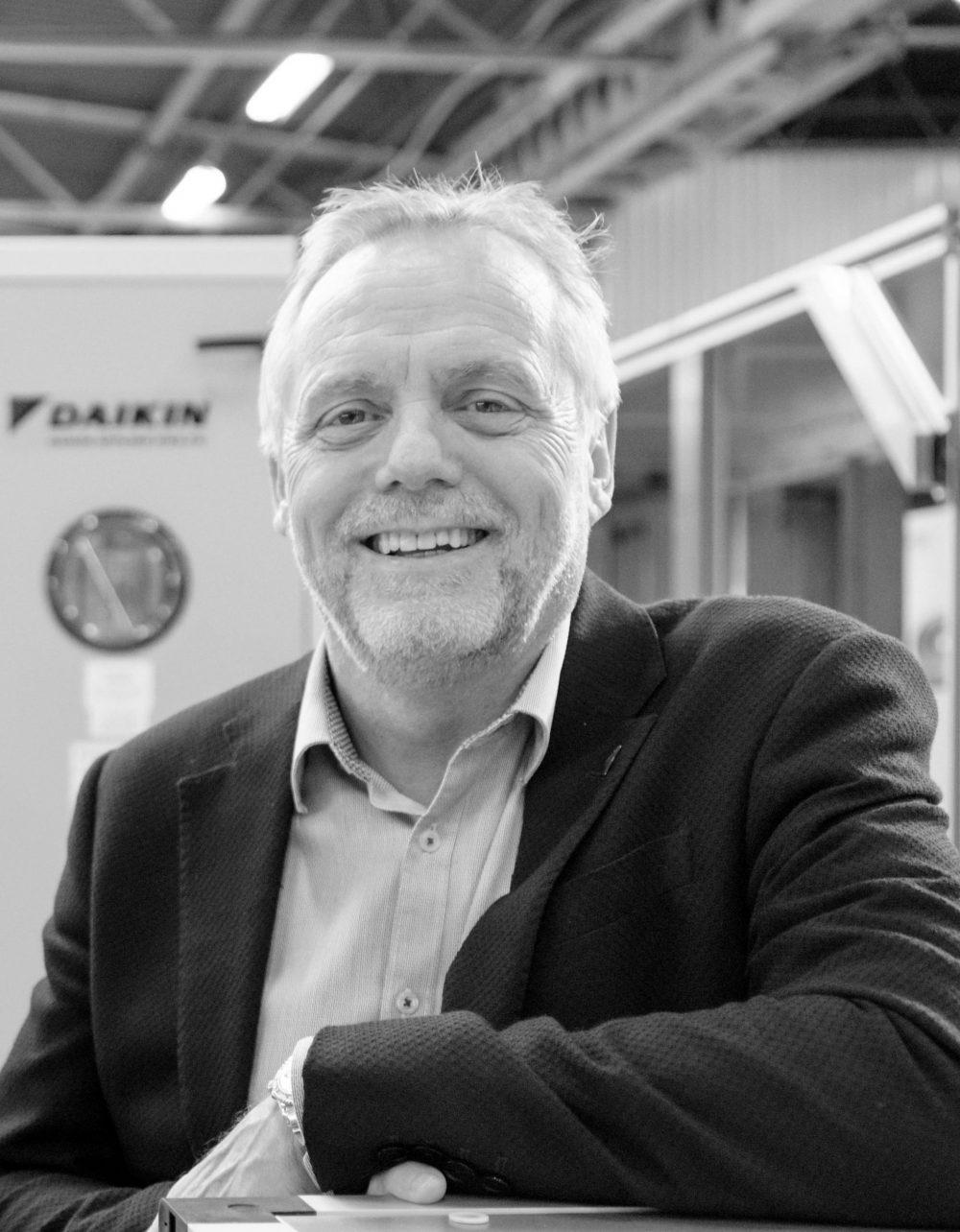 Clive joined Daikin Applied in January 2017 having spent 8 years as Managing Director of Airedale International Ltd based in Leeds where he acquired extensive knowledge of the UK Chiller and AHU markets.

He is a qualified Chartered Engineer with an Aeronautical Engineering degree from Loughborough University. Clive has spent over 30 years in manufacturing and achieved his MBA from the Open University.

“Daikin is a world leader in the HVAC space and they continue to develop products focused on improving energy efficiency and exceeding environmental targets; our job here in the UK is to continue to provide our clients with market-leading Chiller, AHU and Service & Maintenance solutions, designed specifically to meet their needs” 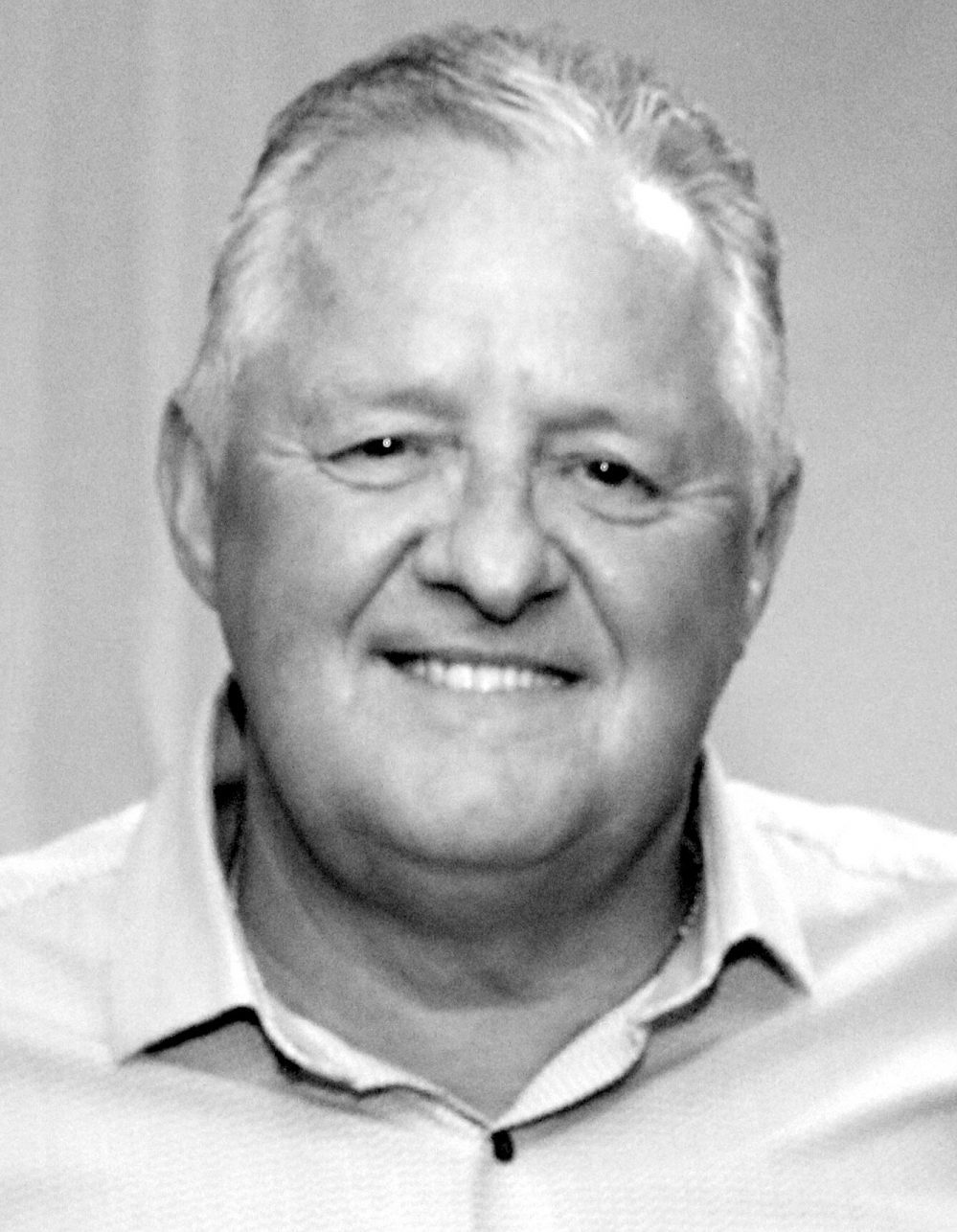 Mick has been with Daikin Applied UK, formerly known as McQuay for 20 years, previously spending 20 years at Ozonair, as UK Sales Manager. Mick has over 40 years’ experience within the HVAC industry and has been a committee member of the AHU HVAC division for some 11 years and has successfully gained a qualification from the CMI (Chartered Management Institute).

Mick took on the role of UK National Sales Manager in 2002; his tenacious and proactive approach has resulted in numerous important contract wins on some of the most prestigious and largest projects in London.

“With a great team on board and the right products, I’m pleased to arm my team with continuous market knowledge and the guidance to build new relationships in a very competitive market place. This has resulted in Daikin Applied UK being the market leader for the last 5 years in the bespoke AHU market “ 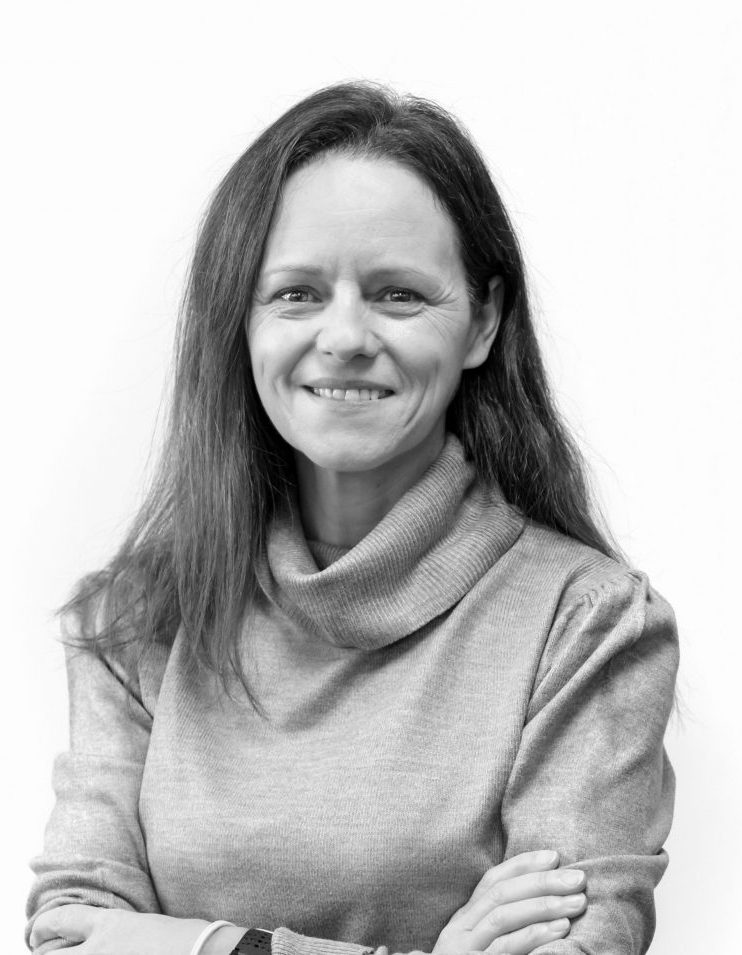 Wendy began her career in finance as a trainee accountant working for The Go-Ahead Group of companies, where she progressed through the business and gained her CIMA qualification. Since then, she has worked for companies in the Newcastle area in both manufacturing and construction industries before joining Daikin Applied as Senior Accountant in 2004, subsequently being promoted to her current position of Financial Controller in January 2019.

As part of a worldwide group of companies, ensuring compliance with regulatory and reporting requirements is a large part of Wendy’s role, with significant cross-over of responsibilities in IT, HR, and commercial aspects of the business. As well as her accounting qualification, Wendy holds a BSc honours degree in psychology, which has given her an appreciation that the company is all about the people, not just the numbers. 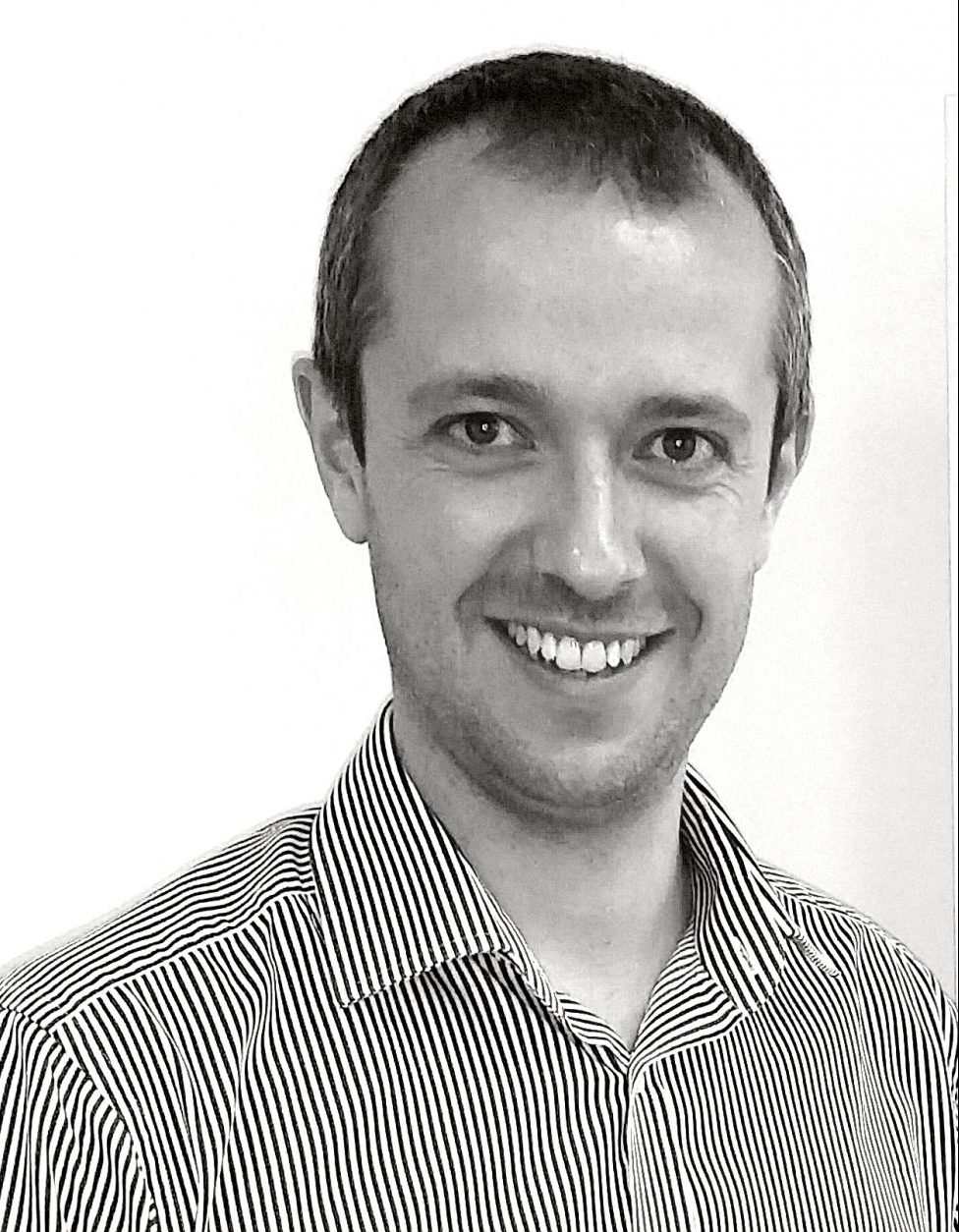 James joined the company over 10 years ago, in what was his first job within the HVAC industry and has never looked back. Starting out as a contracts engineer focused on delivering project solutions on-time, on-budget and to client expectations. James then progressed into sales, moving on to become the Chiller Product Manager, and now the Product Development Manager. “Having worked throughout the business I feel I have a well-rounded approach to the HVAC industry, offering the right solutions to individual applications”.

Daikin Applied is the world leading company enabling delivery of cutting edge HVAC solutions to the market. My role as Product Development Manager helps shape the future solutions we can supply to the market to exceed expected demands. This is alongside involvement in marketing and client events, it’s an exciting role where no two days are the same. 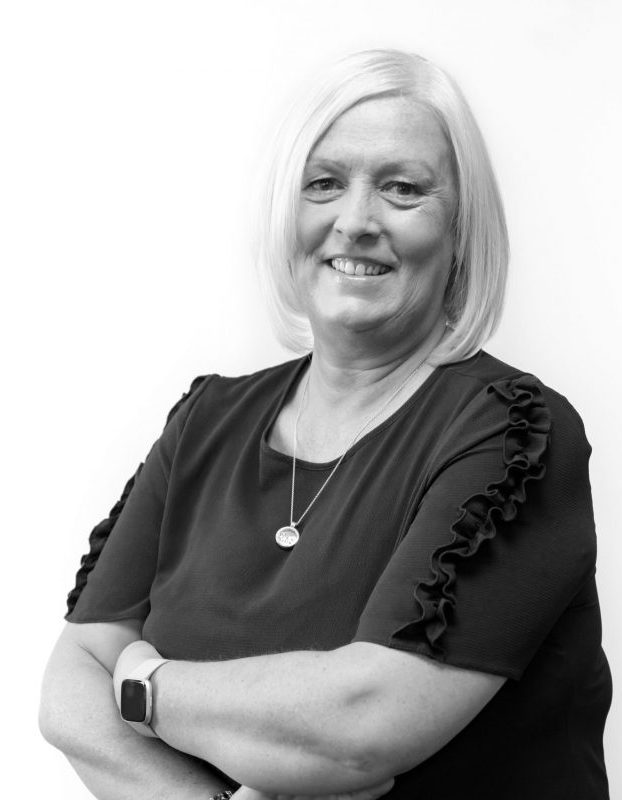 Tracy has worked for Daikin Applied UK for over 33 years, she joined the company on a Youth Training Scheme and has worked in various roles within the organisation. In 2001 she was given a great opportunity to join the HR Team working alongside the HR Director. In 2011 following a promotion Tracy took over the role of HR Manager for Daikin Applied UK.

Tracy has 16 years’ experience in a wide range of HR support, including recruitment, implementation of company policies and procedures, pay and benefits, absence management, performance management , training and development and much more. She also works closely with Managers and Staff to ensure that HR are there to support the needs of the business as well as that of its employees and helps towards promoting reward benefits and health and well-being initiatives.

Esther joined Daikin Applied UK in July 2019 with six years of experience in marketing roles. After gaining a degree in Product Design, specialising in sustainable design, she attended evening classes to to become CIM qualified and has developed her marketing career within B2B manufacturing companies within construction, marine lubricants and now HVAC. Esther is experienced in planning and delivering high-quality marketing strategy for UK and international markets and is skilled in website and social media management, agency management, content creation, PR, exhibition planning and events.

“I am thrilled to have joined such a wonderful and talented team at Daikin Applied UK. With my passion for sustainable design, it is a pleasure to be working for a company who put sustainability and innovation at the heart of everything they do”. 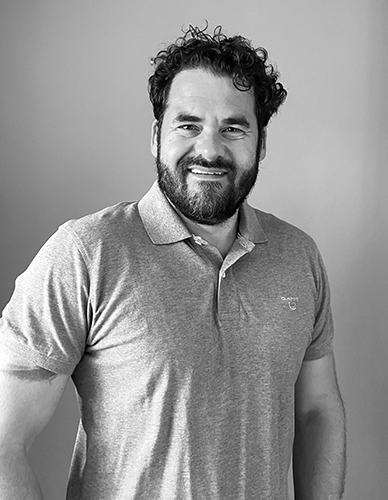 Adam joined the company in April 2022 as AHU Operations Director. Adam is a Mechanic by trade, having worked for 13 years as Commercial Aircraft Mechanic at SRTechnics. Through SRT, Adam got into Lean Management and 6Sigma before relocating to Sheffield as Continuous Improvement Lead for MTL ltd and was then promoted to Quality Manager within the same company. During this period, Adam studied part-time for his business degree. From there, Adam moved to Airedale International in Leeds as Quality Manager and was subsequently asked to become the General Manager of their sister Company, Barkell, in Consett. During Adam’s six years in this position, he succeeded in turning it from -10% to +4% EBITDA.

“I am very happy to be part of such a great company and be a part of such a strong team. Daikin is a globally recognised company and has a great reputation. My focus is to ensure that UK Operations lives up to the companies reputation and more importantly meets all of our customer needs and expectations. I am confident that my broad experiences within manufacturing will only help strengthen our Cramlington plant further”. 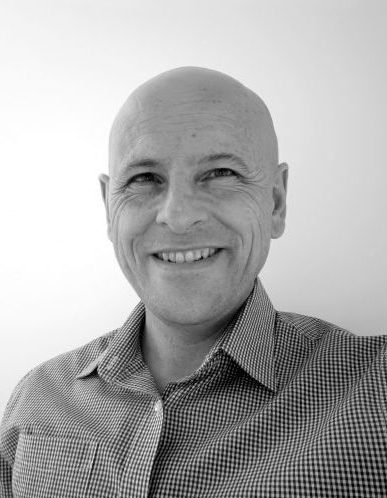 Paul joins the company with 27 years of experience within the HVAC industry. He is a highly experienced technical and commercial HVAC industry negotiator with strong leadership and mentoring skills.

Paul began his career as an engineer, initially as a Motor Vehicle Technician before moving into AHU’s. Paul then moved into Sales and General Management before becoming Head of Sales in his previous role before joining Daikin Applied UK.