What are the benefits of using Inverter technology?

There has been vast changes in the HVAC industry over the years, continuously innovating and revolutionising systems designed to meet the ever growing and demanding efficiency requirements. Such technologies include Variable Frequency Drive (VFD), also known as Inverter or Variable Speed Drive (VSD).

The Inverter, or Variable Frequency Drive (VFD), is an electronic power component that modulates the compressor rotational speed (RPM) by varying the frequency of the motor power supply to control the compressor capacity.

The benefits of Inverter technology

Chillers and heat pumps typically operate at part load most of the time. Which means the chiller compressor spends many hours in off-design operation. While operating at part load, it is important that performance is as efficient and reliable. Click here to find out why part load efficiency is important.

Inverter technology can ensure the best chiller performance regardless of the cooling demand. With Variable Frequency Drive (VFD) technology, chillers are able to match the varying load requirements, regardless of requirement. The Inverter technology modulates the speed of the compressor’s motor continuously. This solution allows chillers to operate highly efficiently and perform to the capacity control of the compressor. With this technology, Variable Frequency Drive provides chillers with outstanding part load and seasonal efficiency, with a great energy saving solution.

VFD usually provides a lower starting current than typical starters, using an Inverter can help with this. The inrush current does not exceed the currant at full load. Using this feature can be beneficial in reducing electrical installation costs and allowing requirements to be met on maximum possible inrush current when provided by local institutions.

Chillers and heat pumps with Inverter-driven compressors have the capability to be highly efficient which can result in consistent saving in operating costs. This is important as it is aligned with the aims of the recent European regulations of HVAC equipment performance and the EU Ecodesign Directive. The Inverter technology is becoming more and more important in an effort to reach targets set by the EU Energy Performance Buildings Directive (EU EPBD).

VFD in cooling or heating equipment  is another important factor as it is positively considered when looking at Green Building project under the protocols BREEAM (Building Research Establishment Environmental Assessment Method) or LEED (Leadership in Energy and Environmental Design).

Daikin’s refrigerant-cooled Inverter is produced in-house. It is directly integrated in the compressor’s body, differentiating it from other VFD types. This feature allows the electronics of the Inverter to be cooled by the refrigerant in the chiller’s circuit.

The differences between refrigerant-cooled and other Inverter types

Generally Inverters are usually air-cooled; the capacity of the air needed to cool the VFD depends on air characteristics like temperature and density. Other considerations when using air-cooled Inverter include altitude and ambient temperature. The power and the current that this Inverter can achieve depend on derating according temperature and altitude. Therefore based on the ambient condition, some restrictions must be considered for air-cooled VFD.

Another way VFD can be cooled is by using glycol. This way, the heat from the Inverter is removed by a glycol mixture moving into a loop between the electrical panels (where the VFD components are) and is rejected into the ambient through a heat exchanger in contact with the ambient air. However, the effectiveness of this system can be influenced by the ambient conditions, as it is not possible to have the glycol coolant below the air temperature. The glycol mixture is pushed through the cooling loop by a dedicated pump which is a sensitive component requiring frequent dedicated maintenance.

Due to Daikin refrigerant cooled VFD being refrigerant-cooled, it differentiates from other Inverter types; it is therefore not affected by environmental conditions such as ambient temperature, altitude or air quality (presence of pollutant, dust or sand).

Do you want to know more about Daikin Inverter technology? Then, get in touch using the form below. 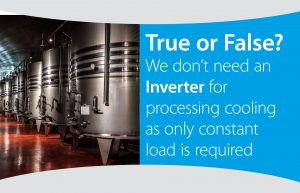 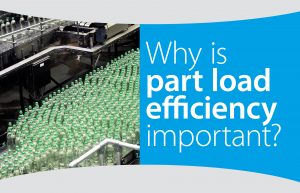 For more information, get in touch using the form below!